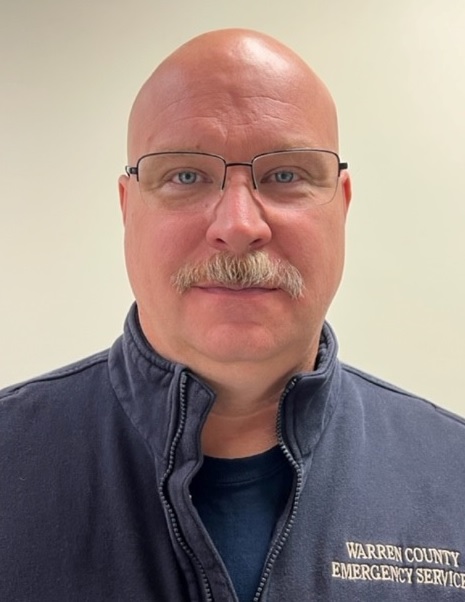 Mellon began work this week, replacing Micki Guy, who left the part-time position in October. Mellon had served as one of Warren County’s Deputy EMS Coordinators since 2013.

Mellon, 48, said he was honored to have been chosen for the position, which involves assisting in administration of the system of EMS providers in Warren County, including at incident scenes, and coordination of mutual aid and other resources through local, state and federal channels.

Ann Marie Mason, Warren County Director of Emergency Services, said: “Pat has decades of experience as an EMT, paramedic, firefighter and in management in local and regional EMS organizations. We are gratified to have Pat coming on board to work with our great EMS agencies around Warren County to ensure they have the resources and assistance from Warren County that they need.”

Go to warrencountyny.gov/emergencyservices to learn more about the duties of Warren County Office of Emergency Services and the EMS Coordinator’s office.